The Mixed Reality Storytelling exhibit has just been launched at the National Videogame Arcade in Nottingham!

The event is sadly now over, but it was a tremendous success and we would like to thank all the visitors for their contributions and kind words! 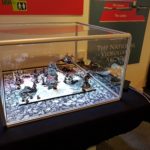 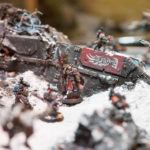 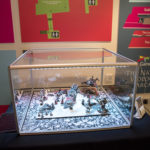 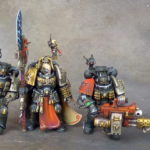 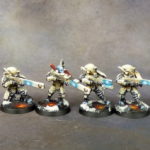 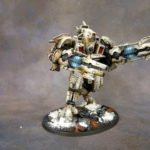 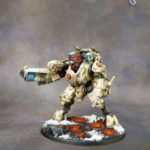 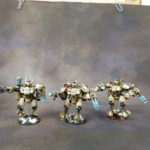 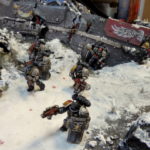 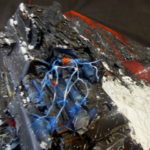 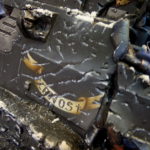 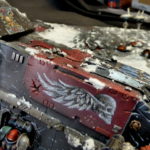 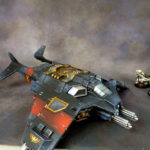 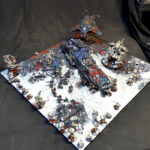 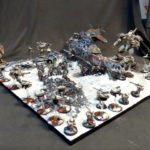 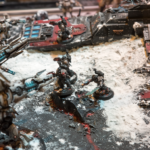 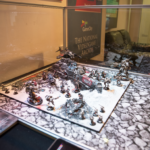 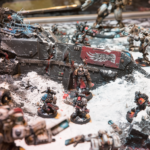 At the exhibit you will be able to explore our Augmented Reality Diorama, “The Last Stand of the Argo”! Inspired Games Workshop’s Warhammer 40,000* tabletop wargaming universe, the diorama shows a thrilling snapshot from the desperate last stand of Squad Tigris, a strike force from the Imperium of Man, against the incoming forces of the Tau Empire.

Using our Augmented Reality application, you can scan the miniature battlefield and explore the story of the Argo and each of it’s characters.

In addition, you can bring along your own miniatures and have them scanned in our Miniature 3D scanning photobooth! Your models will be turned into highly detailed 3D models, such as those seen in our 3D gallery that you can use anywhere!

Later in the year, the National Videogame Arcade will host a Virtual Reality exhibit, where each scanned model will be become part of a VR gallery that you will be able to walk through and explore using a VR headset.

We got featured on Computerphile!

Mixed Reality Storytelling is a research project with the goal of supporting wargmaing community activities and dissemianting research findings.
As the world’s most popular tabletop wargame, Games Workshop’s Warhammer 40,000 game has naturally been feature as a subject of interest.

It must be noted that this is an unofficial project and therefore is currently in no way endorsed by Games Workshop Limited.